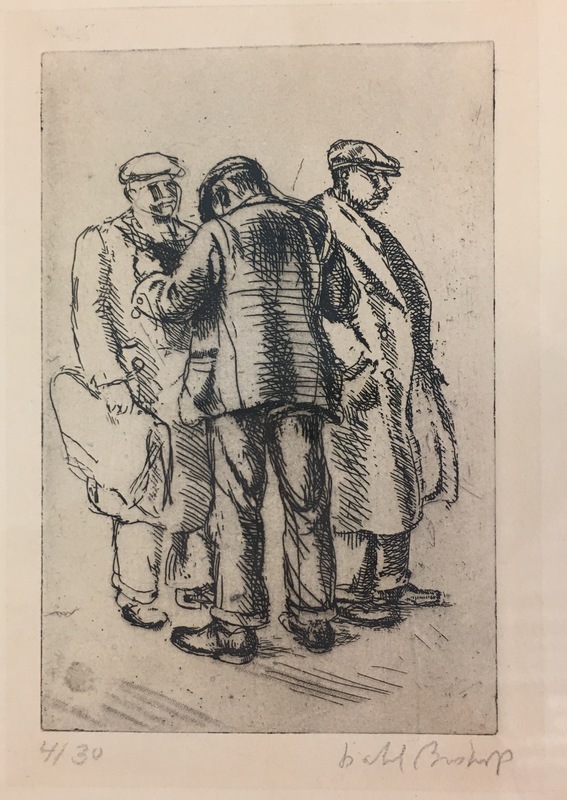 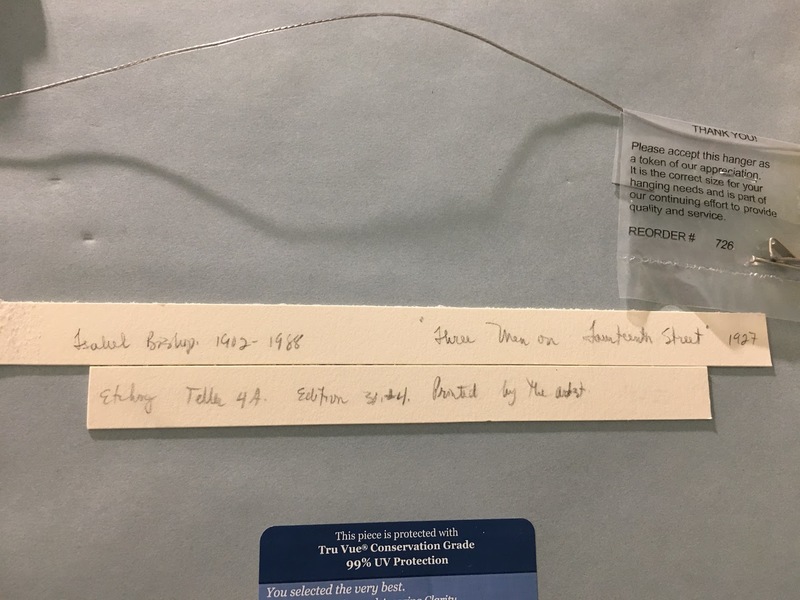 Isabel Bishop was an American painter and graphic artist who depicted urban scenes of Union Square, New York, from the 1930s to the 1970s. She is best known for her depiction of American women and as a leading member of the Fourteenth Street School of artists.
Bishop was born in Cincinnati, Ohio. Her parents were descended from old, wealthy and highly educated East Coast mercantile families. Her father was a scholar of Greek and Latin, and her mother was an aspiring writer as well as an early activist for women's suffrage. After the family relocated to Detroit, Bishop began her art education at the age of 12 in a Saturday morning life drawing class at the John Wicker Art School in Detroit. Upon graduating from high school, Bishop moved to New York to pursue a career as a graphic artist.
At the age of 16 she moved to New York City to study illustration at the New York School of Applied Design for Women. After two years there she shifted from illustration to painting, and attended the Art Students League for four years until 1924. It was there that she studied with Guy Pène du Bois and with Kenneth Hayes Miller, from whom she adapted a technique which owed much to baroque Flemish painting. In addition, she learned from other early modernists including Max Weber and Robert Henri. During the early 1920s she also studied and painted in Woodstock, New York. In 1963, she went to Yale University School of Fine Arts.
Through the 1920s and 1930s she developed a realist style of painting, primarily depicting women in their daily routine on the streets of Manhattan. Her work was greatly influenced by Peter Paul Rubens and other Dutch and Flemish painters that she had discovered during trips to Europe. In 1932, Bishop began showing her work frequently at the newly opened Midtown Galleries, where her work would be represented throughout her career.
In 1934, Bishop married Dr. Harold G. Wolff, a neurologist, and moved to Riverdale, New York. However, she continued to work in a loft studio near Union Square at 9 West Fourteenth St, which she continued to use until 1984. She became interested in the interaction of form and ground and the mobility of everyday life, what she called "unfixity", life and movement captured on canvas. Her style is noted for its sensitive modeling of form and "a submarine pearliness and density of atmosphere". During this time, Bishop began working in various printing techniques, most notably aquatint.
Her work was included in the first three iterations of the Whitney Biennial in 1932, 1934, and 1936, as well as ten subsequent annual exhibitions at the Whitney Museum of American Art. She returned to the Art Students League as an instructor from 1936 to 1937. In 1940, Bishop was elected into the National Academy of Design as an associate member, and became a full member in 1941.
In 1938, she painted a post office mural, Great Men Came from the Hills, in New Lexington, Ohio, through the Section of Painting and Sculpture. According to the Ohio Historical Society, “In Isabel Bishop’s mural for New Lexington, historic personages from the town admire their achievements across the valley, where we see the forms and silhouettes of distant buildings. The artist, from New York City, discovered that the townspeople were proud of the distinguished people who came from Perry County. She included a Revolutionary soldier, a governor of Wisconsin, a founder of New Lexington and his grandson, an author of reference books on Ohio, the developer of the coal industry, a senator, a newspaperman, a naturalist, the county’s first historian, and General Sheridan.”
Bishop's mature works mainly depict the inhabitants of New York's Union Square area. Her portraits are often studies of individual heads (see Laughing Head, 1938, Butler Institute of American Art); the emphasis securely on the subject's expression – or of solitary nudes. Bishop was also a pioneer in multiple-figure compositions, often containing two females engaged in various workday interactions. In the post-war years, Bishop's interest turned to more abstracted scenes of New Yorkers walking and traveling, in the streets or on the subways. Her signature changed many times over her career, ranging from the use of various pseudonyms to initials; some early pieces are signed I.B, or I. Bishop in both block and script. Her work remains significant as an example of the thematic concerns of the Fourteenth St. School, as well as her contribution to feminism and the "new woman" emerging in urban landscapes. The "Fourteenth Street School," was a loosely affiliated group named for the area around Union Square, where Bishop, Reginald Marsh, and the brothers Raphael Soyer and Moses Soyer worked.
In the mid-1940s, E. P. Dutton commissioned Bishop to illustrate a new edition of Jane Austen's novel Pride and Prejudice. Bishop produced 31 pen-and-ink drawings (the originals are now at the Pierpont Morgan Library).
The first retrospective exhibition of Bishop's work was held during her lifetime at the University of Arizona Museum of Art in 1974.