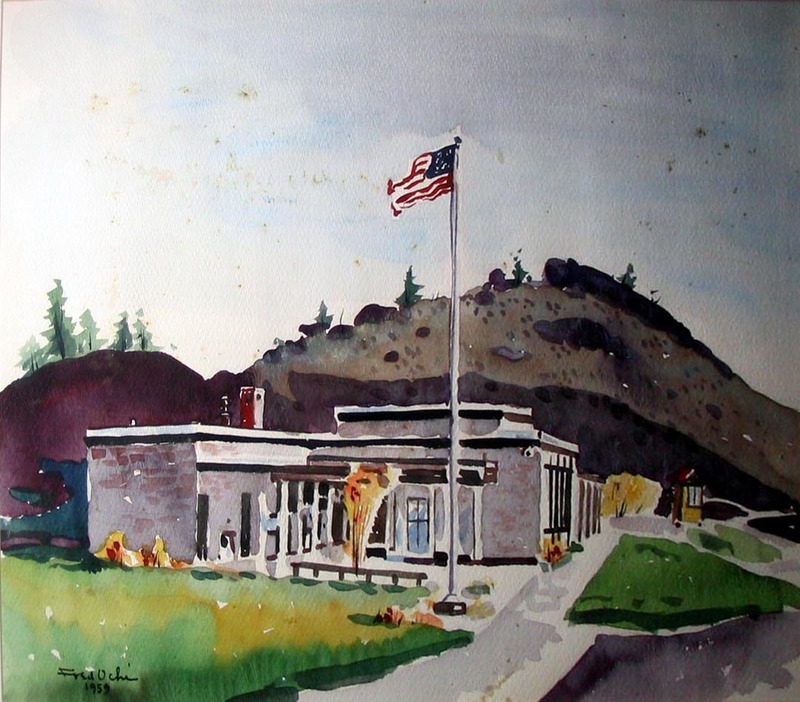 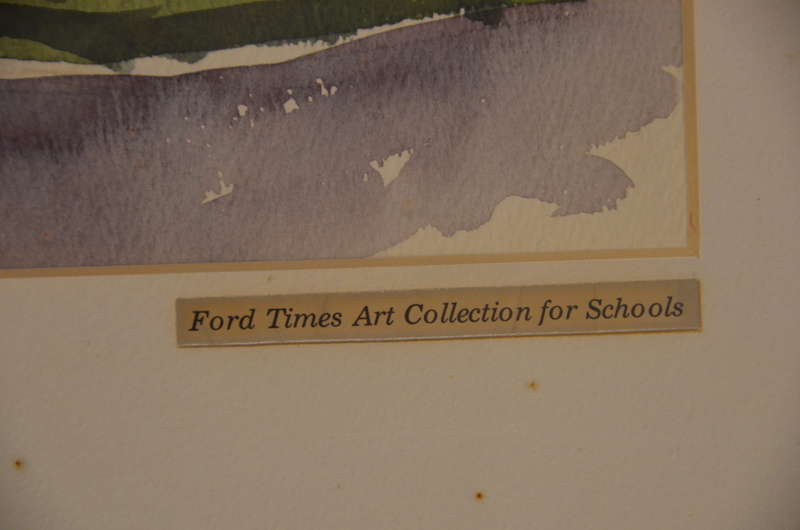 Fred Isao Ochi, an Idaho Landscape Artist and businessman who recorded the history of Idaho in watercolor paintings for more than six decades, passed away February 18, 2007, at the home of his son. He was 93.
Best known for his paintings of Idaho's red barns, Ochi could be seen with his easel and canvases sitting on the roadside capturing the rustic scenery. Within 30 minutes, Ochi could transform reality into a symbolic canvas with flowing brush strokes and powerful colors. His ability to use perspective in a way to capture one's eye was a trademark.
Born September 7, 1913, in Watsonville, California, Ochi grew up at the Webb Ranch in Palo Alto. His father, Tomoji Ochi, was a share cropper, raising strawberries. Fred's mother, Tome, died when he was 8 years old. Fred and his older brother, Tom, were sent back to Japan for three years to be raised by his grandparents. It was in Iwakuni, Japan, that Fred learned calligraphy and Japanese brush painting. In 1924, Fred and Tom returned to California. Fred studied art at Oakland's California College of Arts and Crafts. He worked three years without pay as an apprentice for Fox West Coast Theatres, eventually earning his way onto their full-time payroll and managing 17 theatres in the San Francisco Bay area, including the Palo Alto Theatre. Ochi was known for his graphic arts and large portraits of the movie stars. The artwork adorned the movie theatre marquees.
Prior to America entering World War II, Ochi served as the first President of the San Mateo Japanese American Citizens League (JACL). Once the war started, Ochi was evacuated off the West Coast in 1942, along with the other Japanese Americans living there. He settled in Southeastern Idaho and continued his work for Fox West Coast Theatres, handling the marquees for theatres throughout Southern Idaho. Ochi had to be escorted with the protection of the Idaho National Guard from Nampa, Idaho, when local citizens posted placards around the city claiming "Fox West Coast Theatres Import Jap Painters." Fortunately, Fred found a more accepting community in Idaho Falls, where he opened his own commercial art and sign shop business in 1943.
Ochi was a founding member of the Idaho Falls Art Guild, along with other long time artists such as Ina Oyler, Suzanne Fonnesbeck and Helen Aupperle. He later served as President of the Idaho Art Association and earned the 1998 State of Idaho Governors Award for Excellence in Art from then Governor Phil Batt. Ochi shared his gifts with others by teaching art classes at local schools, universities and summer workshops throughout Idaho and western Wyoming.
During Ochi's business career, he operated his commercial art and sign shop until 1979, when his son Jon bought the business. Over the years, he served as a "Gold Coater" for the Idaho Falls Chamber of Commerce and maintained a 44-year perfect meeting attendance record as a member of the Idaho Falls Kiwanis Club. During Idaho's State Centennial, Ochi was recognized as one of the "100 Citizens Who Made a Difference for the State."
Ochi always had a smile for a friend or stranger. His business cards referred to himself as the "Smiling Irishman, Fred O'Shay." Ochi made everyone into the "mayor" or "governor," befriending everyone he met. He often proclaimed himself to be a "starving artist," saying that "my paintings will become more valuable once I die." Ochi claimed to have painted more than 10,000 watercolors during his life and remained active until days before he passed away. Painting was his passion, and people were his inspiration.
Fred's spirit lives through his five sons, Denis of Sun Valley, Idaho, Jon of Idaho Falls, Idaho, Gene of Palos Verdes Estates, California, Rex of Seattle, Washington, and Kenneth of Palos Verdes Estates, California; four daughters-in-law; 11 grandchildren; and two great-grandchildren. Yoshiko, his wife of 53 years, passed away nine years earlier.